I was looking into video lights as I have real problems when trying to make videos of early morning landscape photography shoots where a lot of the set up and story line is is in low light conditions.

I was considering this light from K&F Concept, it seemed to tick all the boxes, light, bright and economically priced, but I had some questions and, when I contacted them, they kindly said they would send me one to review.

So, although I am not being paid to make this review I didn't actually pay for the light. Having said that, this review is still going to be an honest one and, if there are things I don't like, I will tell you.

At the time of writing this the light was selling for around €43.00 in Spain (prices may vary in other locations) so we're not talking about premium pricing here. This is a very affordable bit of gear but does it represent value for money?

Let's talk about what you get in the box

A few comments on the box contents then.

There are no instructions with the light but, to be honest, you don't really need much in the way of instructions as it's all pretty straightforward.

The cable for the battery charger is pretty short, only about 30cm (12 inches) long which I guess might work for some people but I find it a bit short for any kind of flexibility in charging set ups. The good news is that it's just a micro USB connector and I've got loads of cables with that so I just used one of those. 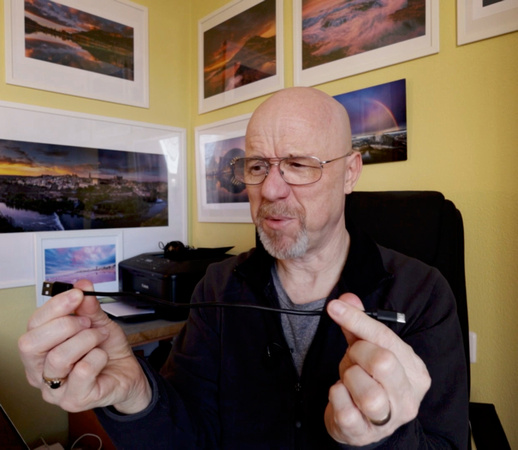 The accessories all seem to be reasonably well made, they are not going to put up with massive amounts of abuse but if treated with reasonable care they should be fine. I actually quite like the small tripod that extends out to a nice stable looking platform that I think will be really useful when I'm using this outside.

Enough about the accessories, on to the main bit, the light.

It's plastic, which is what I expected, but it still feels nicely solid. I suspect it would take a bit of reasonable punishment although I wouldn't want to drop it on to a hard surface from any great height (would you want to do that with any light?)

The front panel is all about the LED's. There are alternating rows in two different colours that enables the light to change colour temperature The back panel is where the battery mounts and where the controls are.

When it comes to controls it's pretty simple and talking of brightness.... this thing is bright!! You don't want to look straight at it on full brightness unless you're happy with not being able to see anything for the next 5 or 10 minutes.

This should enable me to light up a fairly good area, even outside, when doing my early morning photoshoots, it will also probably come in handy for some of my in office videos.

Battery life looks good. After charging the battery fully I ran it on full brightness for well over one and a quarter hours and it was still going strong

So... it's time to take it outside and see how it works in the real (outdoor and dark) world

I've grabbed some stills from the video footage. It was pretty dark when this was shot. As you can see from these  the light really does make a difference to pick out subject and foreground detail 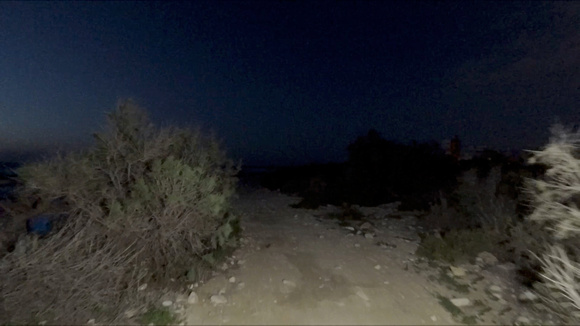 me in the light 2Screenshot

I also tried using the light to check out the scene and, in addition to using it for the video,  it would also be really useful for setting up compositions in low light and for focusing in the dark if I needed to focus on the foreground or even the near mid ground So... all in all I think this is a good piece of kit. As I said I didn't actually pay for it but, if I had, I would be very happy with the value for money and performance.