I originally bought this camera for its video capabilities and used it for my vlog. I think a lot of sales of this camera were for video rather than stills but I also think this little camera is much underrated for its stills capability.

It has a 24.1 megapixel CMOS sensor with a 1.6 crop factor, a fully articulated touch screen and an electronic viewfinder.

As a landscape photographer there are a lot of features on modern cameras that I don't view as important. I rarely worry about advanced autofocus features or effects that you can achieve with JPEGs (I shoot mostly with manual focus and always in RAW), so I'm going to focus this review on the things that are important to me.

The main thing I want the camera to give me is control.

Using manual exposure and manual focus on this camera is easy with simple controls to adjust aperture, exposure time and ISO and to zoom in to set up and check focus. I admit that, coming from the higher end DSLR, it took some time to get used to having to press a button to change the function of the command dial rather than having a dedicated dial for each function but I soon got used to it. 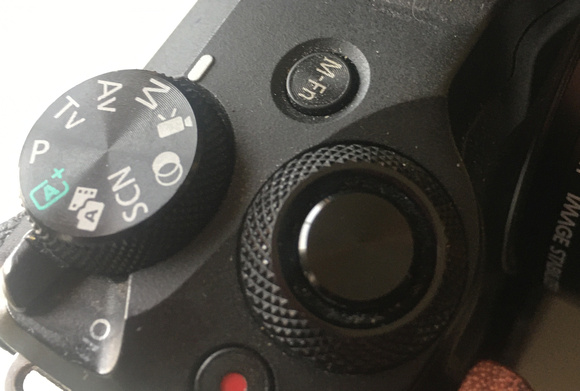 The screen is nice and clear despite being slightly smaller than the one I was used to and all of the information I need to shoot can be quickly displayed by pressing the info button (histogram, artificial horizon etc.)

The camera has focus peaking which is useful for keeping an eye on focus and, when I want to use it, the autofocus is good and I rarely find it hunts or misses except in very low light.

Switching focus peaking on and off is a bit more fiddly and requires getting into the menu system to do it, as does switching image stablisation on and off. 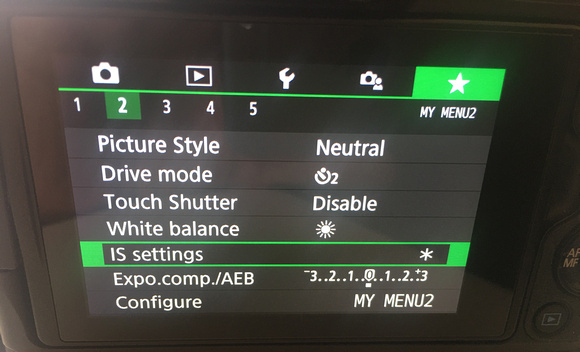 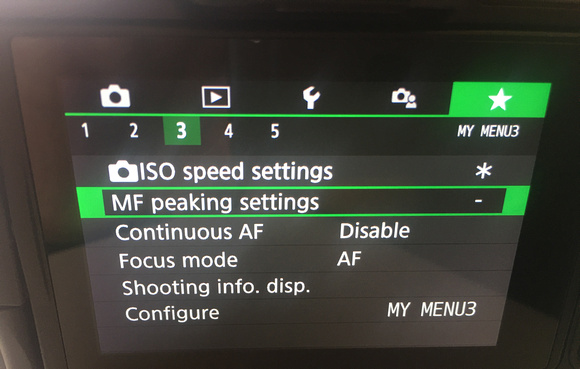 Although it is possible to turn on back button focusing on the camera it's not possible to override autofocus by adjusting the focus ring on the lens while autofocus is turned on so I've had to get used to making sure I'm in manual focus mode by pressing the button on the back of the camera.

I struggled at first with the electronic viewfinder as I still like to compose most of my images that way rather than using the screen and I found it too small and too hard to see compared the large optical viewfinder I was used to, especially because I wear varifocal glasses. However, after a bit of practice I found that I just needed to position myself slightly differently and it works well. I've also discovered the joys of the articulated screen for some of the more awkward compositions. 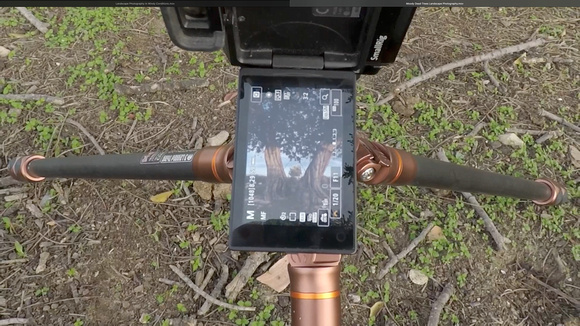 I do miss the option to plug in a cable release and that's one thing that I really do wish it had. having said that, for long exposures using BULB mode, the touch shutter function on the LCD screen works really well and avoids the camera shake issues that would come from holding the actual shutter butter down for an extended period. I guess I could get a wireless remote or use the app on my phone but a cable release would be so much better.

One of the things that was always a bit frustrating with this camera was the access door for the battery and SD card. Almost all L brackets, and even most ordinary tripod plates, blocked the access door to some extent meaning that the plate had to be removed in order to change the battery or card in the field.

I decided to invest in a dedicated L bracket from SmallRig and this has a cut-out that allows access to the door with the bracket still in place. It also allows a lot more flexibility with using the flips screen compared to most other L brackets. 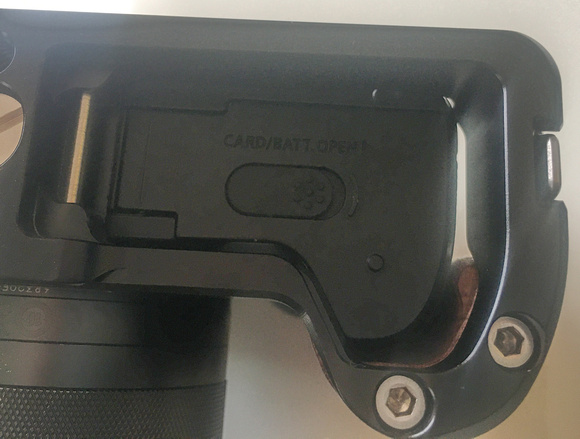 I have come from using a high end full frame 36 megapixel camera and professional level lenses so you might expect that I would be disappointed with the output from this smaller sensor and much smaller, and less optically perfect, lenses.

Well... there is a reduction in quality, but you really have to look for it. That means viewing the image at more than 100% (as much as 200%) and even then the quality issues are not huge. For any normal use of my images including on line use and even reasonably large prints I would have no concerns about the image quality I can get from this camera and lens setup. 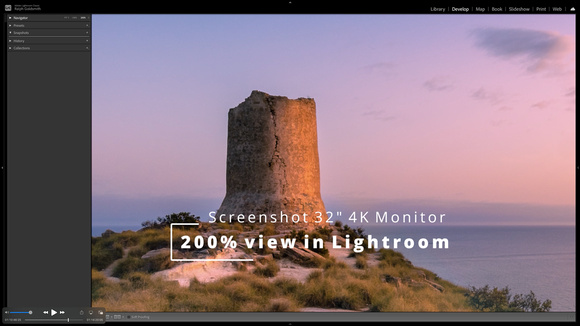 Dynamic range is not as large as my bigger camera but it is still perfectly usable (13.4 stops at ISO 100) and when the contrast in a scene exceeds this then filters or exposure merging easily solve the problem.

Excessively brightening an under exposed image will result in some noise and grain but this is easy to avoid by exposing correctly.

Although I don't often shoot at higher ISOs the images at the high end of what I would normally use (around ISO 800) hold up pretty well and careful use of noise reduction normally resolves any problems.

I was concerned about long exposure noise as my old crop sensor camera used to suffer badly from that but, with exposure times up to 5 minutes (which is all I've tried so far) there is no significant problem with noise or 'hot pixels' showing up providing the image is correctly exposed and not brightened too much in processing.

All in all, with the lenses that I have, particularly the 11-22 and the 55-200, I am more than happy with the results I can achieve. The 1.6 crop factor means that at 200mm I have the equivalent field of view of a 320mm lens on a full frame which is nice although, I must admit, the 11 mm wide end only comes in at 17.6mm equivalent when I was used to 16 mm, a small difference but one that I do miss a little bit. Of course I could get an adaptor and use standard EF mount lenses (rather than the native EF-M lenses) but this starts to add weight back into the system and I just don't feel that's the best way to go.

This is not a camera  / lens combination for portraiture, sports, action or wildlife photography (although you could probably still get some decent images with it in these fields but it would be harder)

Some may be concerned about the lack of weather sealing on either the camera body or the lenses. For me, I'm not too concerned. Although I've only been using it for stills for a short time I have been using it for video for well over two years and, as such, it has probably been more exposed to the elements than my DSLR setup ever was and it has never been a concern. Plus, the small size of the camera and lens setup makes it easier to protect in the field if necessary.

This is considered an entry level camera (although both the 11-22 and 55-200 lenses are labelled as 'enthusiast') and as such it's implied that you start of with something like this and then get something better as you advance.

In practice I think this is a very capable camera for the type of photography I like to do and the low weight of the system, the body and all three lenses weigh in at less that 1 kilogram (about 2 pounds) which is about the same as my DSLR body on its own, mean I am able to walk further, climb higher and enjoy the experience more because I'm not struggling with the amount of gear that I'm carrying. This is actually more important to me at this time than being able to squeeze every last bit of detail out of an image when that detail would probably not be noticed in any of the ways my work is used and displayed.